Thirty-seven artificial islands were constructed in the Canadian Beaufort Sea between 1975 and 1989 in water depths ranging from 1m to 45m. The islands provided temporary drilling platforms that were typically built in an open water season, occupied during the subsequent winter months for exploration drilling, and then deserted.

The processes affecting the artificial islands include wave action, current action, slumping and ice keels.  The island migration trends in a southeasterly direction which is parallel to the dominant direction of wave action. The results of these studies indicate the artificial islands have eroded to the water line within a few years after abandonment, at which time the erosional processes have decreased over time and appear to have stabilized at wave base. 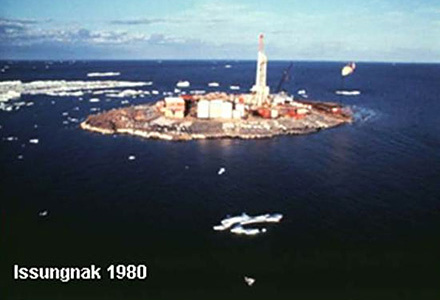